The bioavailability of iron influences the distribution, biomass and productivity of phytoplankton in the Ross Sea, one of the most productive regions in the Southern Ocean. We mapped the spatial and temporal extent and severity of iron-limitation of the native phytoplankton assemblage using long- (>24 h) and short-term (24 h) iron-addition experiments along with physiological and molecular characterisations during a cruise to the Ross Sea in December–February 2012. Phytoplankton increased their photosynthetic efficiency in response to iron addition, suggesting proximal iron limitation throughout most of the Ross Sea during summer. Molecular and physiological data further indicate that as nitrate is removed from the surface ocean the phytoplankton community transitions to one displaying an iron-efficient photosynthetic strategy characterised by an increase in the size of photosystem II (PSII) photochemical cross section (σPSII) and a decrease in the chlorophyll-normalised PSII abundance. These results suggest that phytoplankton with the ability to reduce their photosynthetic iron requirements are selected as the growing season progresses, which may drive the well-documented progression from Phaeocystis antarctica- assemblages to diatom-dominated phytoplankton. Such a shift in the assemblage-level photosynthetic strategy potentially mediates further drawdown of nitrate following the development of iron deficient conditions in the Ross Sea. 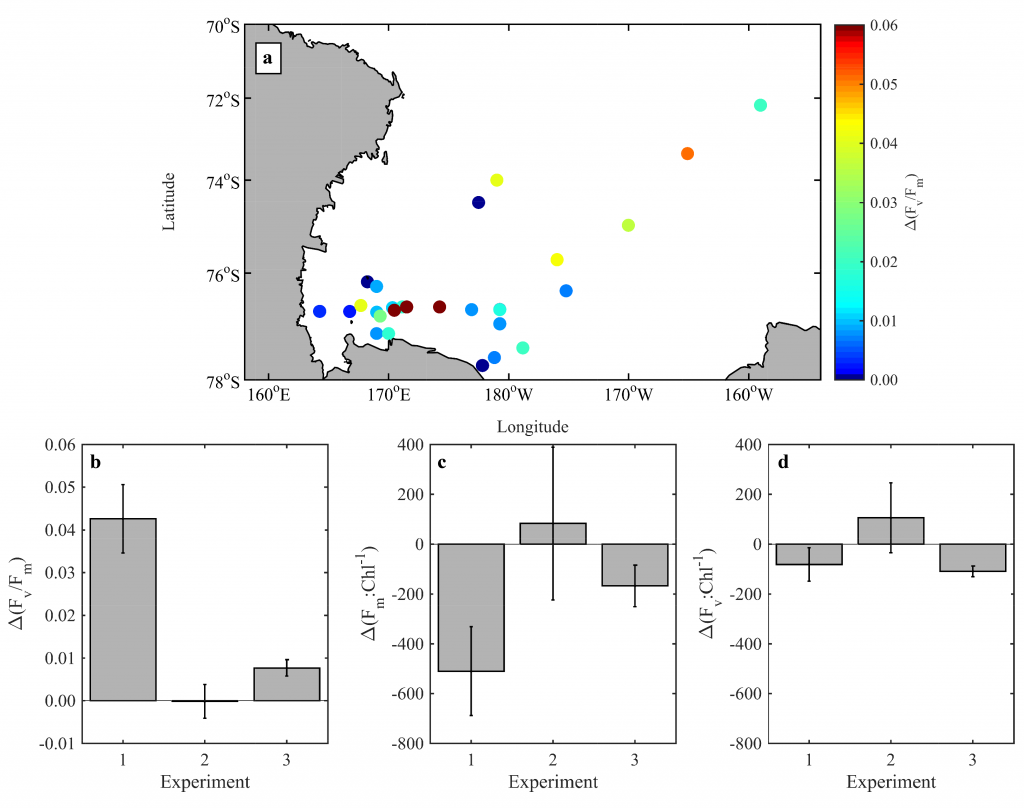