The Southern Ocean exerts a disproportionately strong influence on global climate, so determining its changing state is of key importance in understanding the planetary-scale system. This is a consequence of the connectedness of the Southern Ocean, which links the other major ocean basins and is a site of strong lateral fluxes of climatically important tracers. It is also a consequence of processes occurring within the Southern Ocean, including the vigorous overturning circulation that leads to the formation of new water masses, and to the strong exchange of carbon, heat, and other climatically relevant properties at the ocean surface. However, determining the state of the Southern Ocean in a given year is even more problematic than for other ocean basins, due to the paucity of observations. Nonetheless, using the limited data available, some key aspects of the state of the Southern Ocean in 2014 can be ascertained. 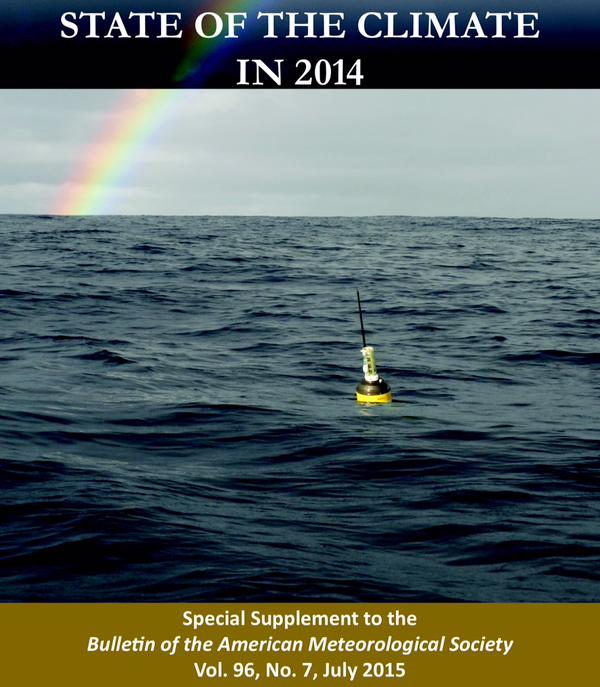 BAMS Sate of the Climate 2014 cover