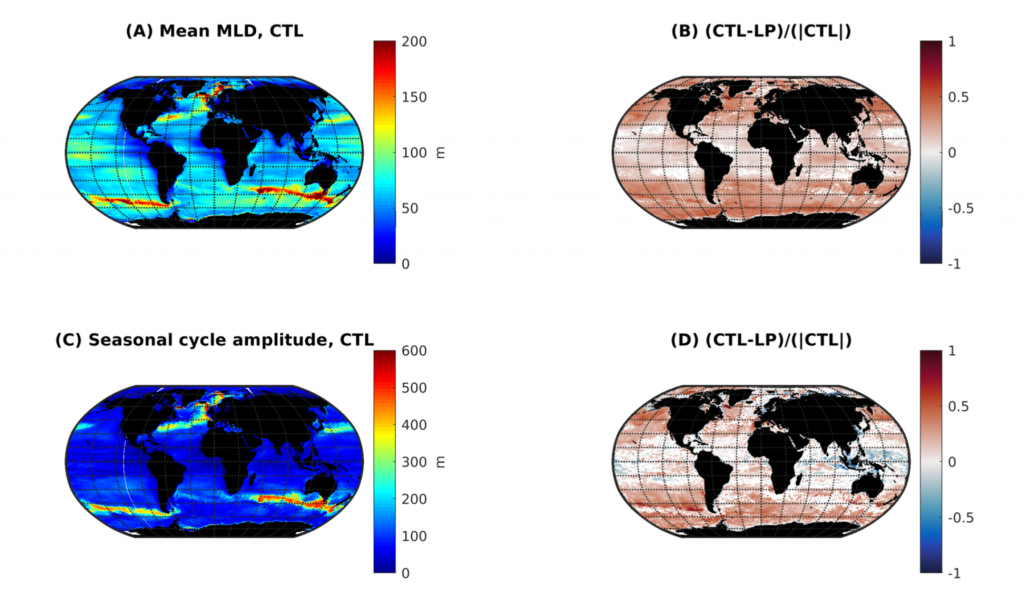 Annual mean (top) and seasonal cycle amplitude (bottom) of the magnitude of the ocean mixed-layer depth from the control run (CTL, left) and the fractional difference between CTL and a low-pass run with smoothed winds (CTL-LP, right; see section 2.5 for more on the metrics). In (B) and (D), points are blanked if zero is included in the 95% confidence interval, which is derived non-parametrically using 1000 bootstrap samples at each point. In (B) and (D), red means the metric is greater in CTL, whereas blue means the metric is greater in LP.